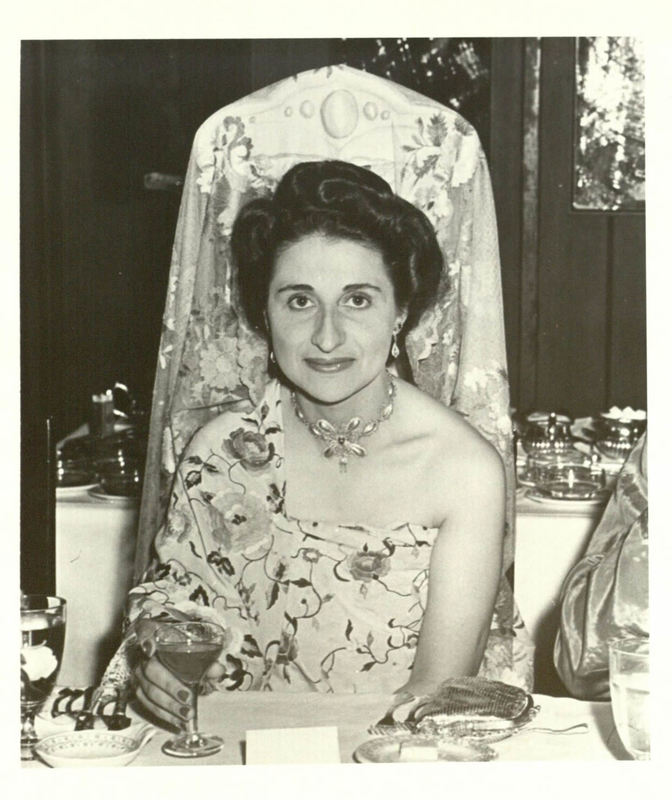 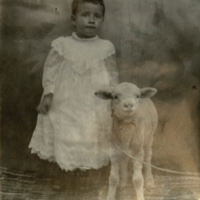 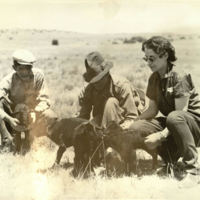 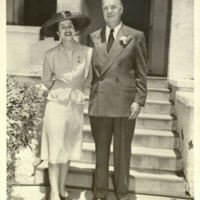 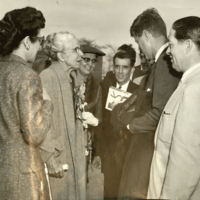 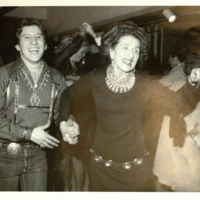 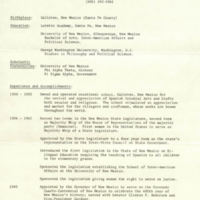 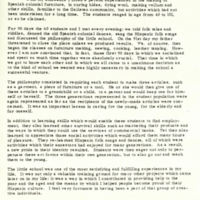 Ortiz y Pino served others. Throughout her life, she advocated for people with disabilities and abused children. She was a champion for bilingual education and women’s rights.

In 1929, Ortiz y Pino founded the Colonial Hispanic Crafts School, a county vocational school that thrived during the Great Depression and was dedicated to preserving important and vulnerable Hispanic arts such as weaving, leatherworking, and furniture making.  Among her papers in the Center for Southwest Research at UNM is the following description of her experience:

"With my allowance I hired a person experienced in the making of Spanish colonial furniture, in curing hides, dying wool, making vellum and other skills, familiar to the Galisteo community, but activities which had not been undertaken for a long time.  The students ranged in age from 40 to 101, or so he claimed.

"For 90 days the 60 students and I met every evening; we told folk tales and riddles, danced the old Spanish colonial dances, sang the Hispanic folk songs and discussed the philosophy of the little school.  On the 91st day my father threatened to close the place unless we produced results.  We, of course, then began the classes on furniture making, sewing, cooking, leather tanning.  However I am now convinced that, in fact, those first 90 days in which we socialized and spent so much time together were absolutely crucial.  That time in which we got to know each other and in which we all came to a unanimous decision as to the kind of school we wanted was highly necessary in making the school a successful venture.

"The philosophy consisted in requiring each student to make three articles, such as a garment, a piece of furniture or a tool.  He or she would then give one of these articles to a grandchild or a child, to a parent and would keep one for himself or herself.  The three generations represented in the student population were again represented as far as the recipients of the newly-made articles were concerned.  It was an important lesson in caring for the young, for the elderly and for oneself.

"In addition to learning skills which would enable these students to find employment, they also learned other survival skills such as marketing their products and the ways in which they could use the services of commercial banks.  Yet they also learned to appreciate those social activities which would afford them many hours of pleasure.  They re-learned Hispanic folk songs and dances, all of which were activities which their ancestors had enjoyed for many generations.  As a result, a new pride in their identity resulted.  Students were then eager not only to perpetuate these art forms within their own generation, but to also go out and teach them to the young.

"The little school was one of the most satisfying and fulfilling experiences in my life.  It was not only a valuable training ground for many other projects which came later on in my life; it was a way in which I contributed in providing help to the poor and the aged and the means by which I helped people become proud of their Hispanic culture.  I feel very fortunate in having been a part of that group of creative individuals."

In 1936, when Ortiz y Pino was elected to the New Mexico House of Representatives at the age of 26, she became the sixth generation of her family to serve in the legislature and, at the time, the youngest American woman elected to state office. She served two subsequent terms in 1938 and 1940. In 1941, she became the first woman Majority Whip in a state legislature.

Ortiz y Pino championed much important legislation, including introducing New Mexico's first bilingual education bill and sponsoring legislation giving women the right to serve on juries and creating the University of New Mexico’s School of Inter-American Affairs. While working in the legislature, she took classes at the University of New Mexico and earned the first Bachelor’s degree in Inter-American Affairs in 1942.

No stranger to hard work, Ortiz y Pino spent several years during the 1950s working on her family's ranch.  New Mexico Tourism Board photographs taken during that time provide a strong contrast to the rest of the photographs in her collection.  In these photographs, she wears ranch pants, a button-down shirt, sunglasses and work gloves while examining lambs in the field.  In an era where women's dress was considered a measure of their femininity, Ortiz y Pino was not afraid to appear as a working woman in front of the public.