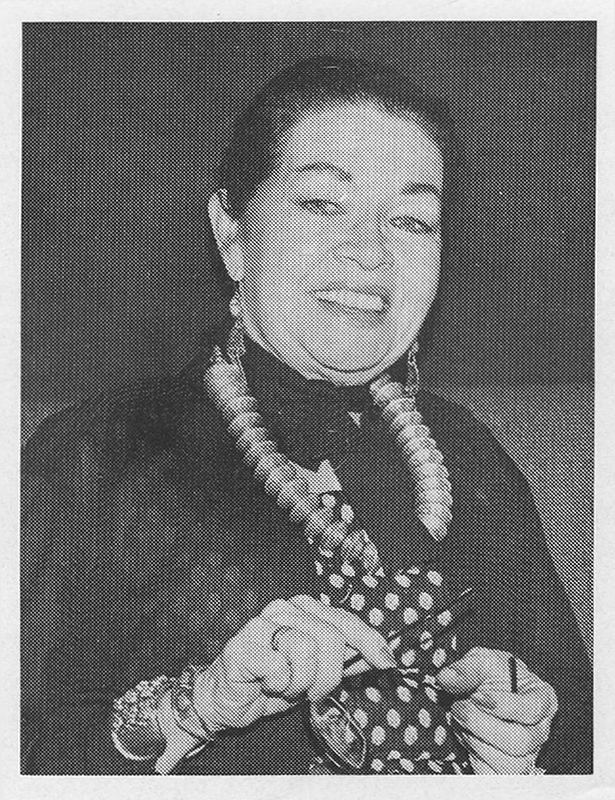 Natachee Scott Momaday has spent her lifetime pursuing not one but three careers: education, writing and art. She has effectively combined these careers to advance the culture of the American Indian and further his acceptance of and by the Anglo world.

Natachee was born in Kentucky to a Cherokee mother and Anglo father. She began writing at an early age, publishing numerous articles, juvenile books and short stories which she also illustrated. She married Kiowa artist Al Momaday in 1933, and in 1938 journeyed to the Navaho Reservation to teach Indian children for the Bureau of Indian Affairs, remaining with the Navaho for eight years, learning their language and culture.

In 1946, Natachee and her husband took over operation of the Jemez Pueblo Day School near Jemez Springs, New Mexico. They were the school's entire staff. Together they taught the pueblo children and encouraged them to express themselves through art. They were responsible for making this art available in exhibits nationwide, even internationally, their purpose being to help narrow the breach between Indian and Anglo peoples.

As a teacher of Indian children, Mrs. Momaday had always realized the difficulty of teaching her students using texts based on an Anglo-American culture. She therefore revised her lessons and materials so that they were "child-experience based" and found her new methods successful. Her purpose was toh elp the Indian child retain with pride what was good and meaningful in his own society, while adjusting to and accepting the inevitable changes brought by contact with the Anglo world.

Continuing her writing career, Natachee in 1956 published Owl in the Cedar Tree. This is the sensitive story of a Navaho boy caught in conflict between traditional and modern ways. It was written to give Indian children an example of pride in their heritage. It has the dual purpose of giving Anglo children and adults an understanding of Indian life. The book has been used as a supplementary text in 3rd and 4th grade reading and social studies classes in public and private schools throughout the United States. It is available in Braille.

Natachee continues to write children's stories, teaching material, and has published a textbook on American Indian authors -- the most complete work of its kind to date. She resigned her post at the Jemez school in 1971 in order to devote more time to her writing.

In 1975, Natachee received an honorary degree of Doctor of Human Letters from the University of New Mexico. The Momadays have one son, Scott, who won a Pulitzer Prize in 1969 for his first novel, House Made of Dawn. 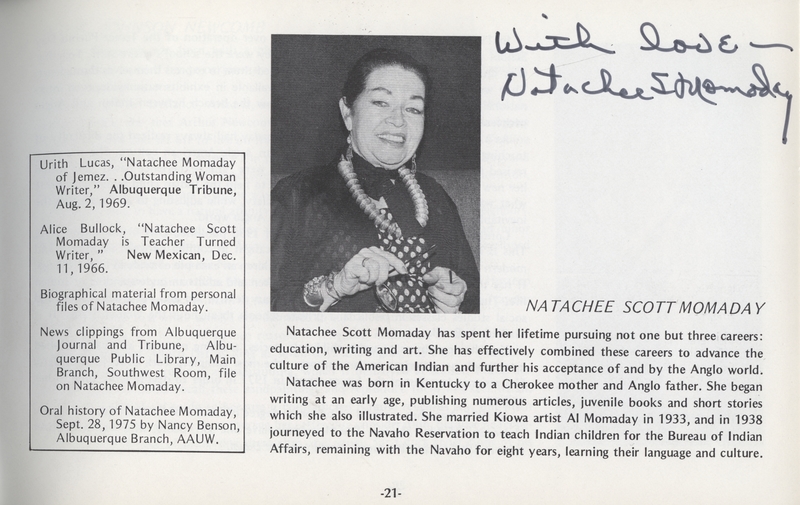