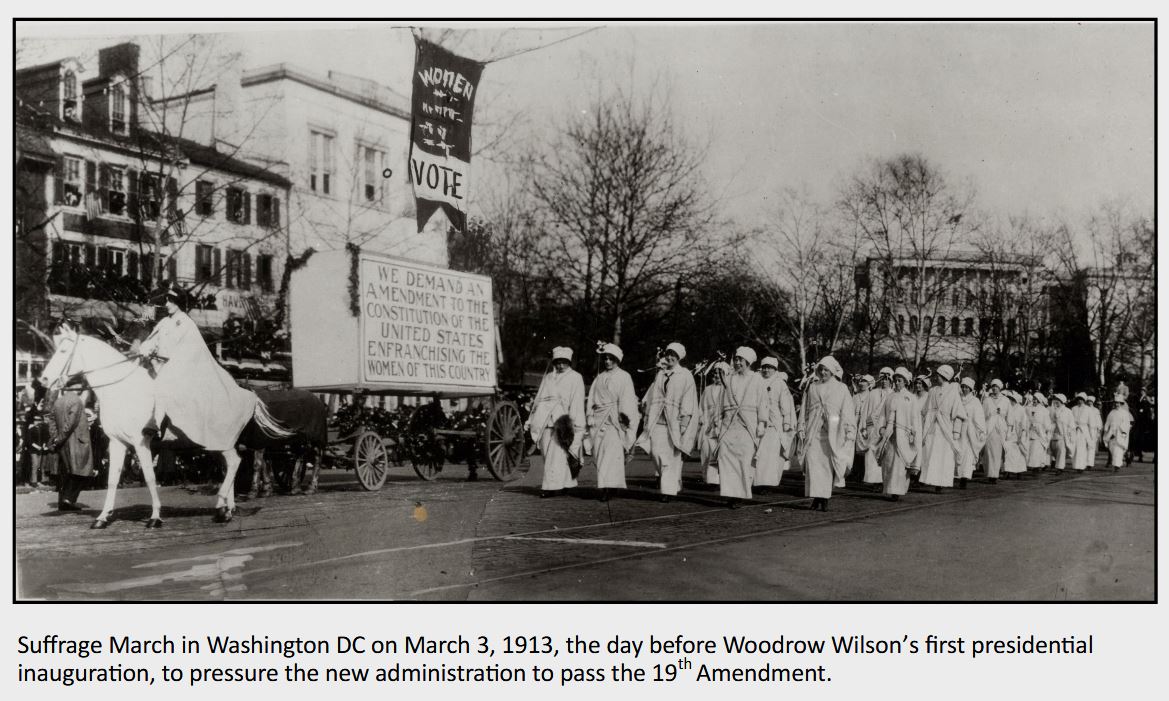 In 1916, after over 50 years of lobbying and petitions, suffragists were frustrated with the lack of progress. They increased political pressure by campaigning directly at the White House holding marches, demonstrations and organizing picket lines appealing directly to the president and congress. The peaceable protestors were arrested on petty charges like loitering and were placed in jails. Jails at that time were extremely violent and overcrowded even more so than today and many Americans were shocked and scandalized that the goverment would imprison women for their protests.  Jailed suffragists also demanded that they to be treated as political prisoners and their actions viewed as civil disobedience. 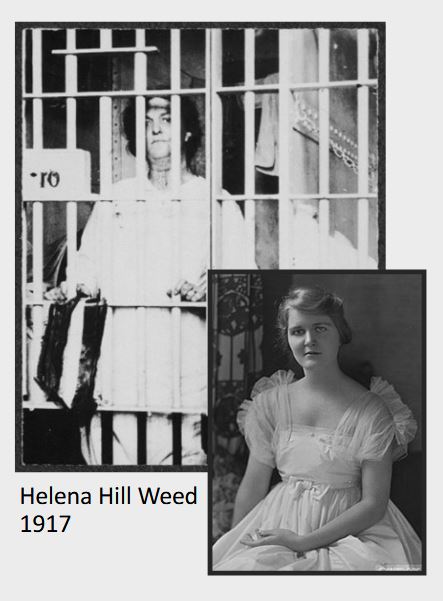 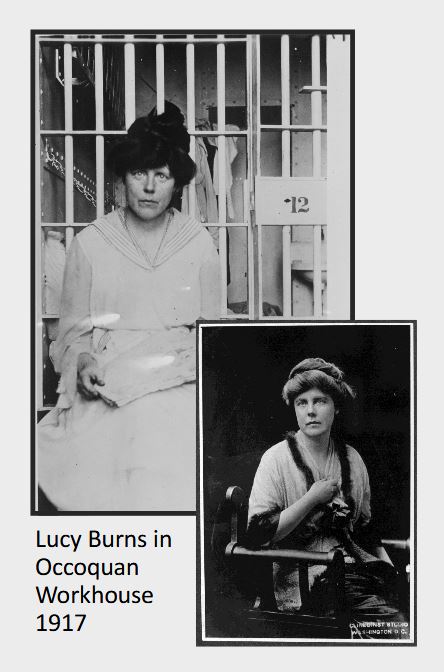 The government reacted to the demands that the suffragists be treated as political prisoners by increasing the women's sentences and imposing harsher conditions that including forced feedings, isolation and beatings. The American public was further shocked at this governmental response which helped create necessary public support to ratify the 19th Amendment. A precursor to the civil rights marches of the 1960s and today’s women’s and climate marches, suffragist protests are part of an American history of passive protest as a means to social and political change. 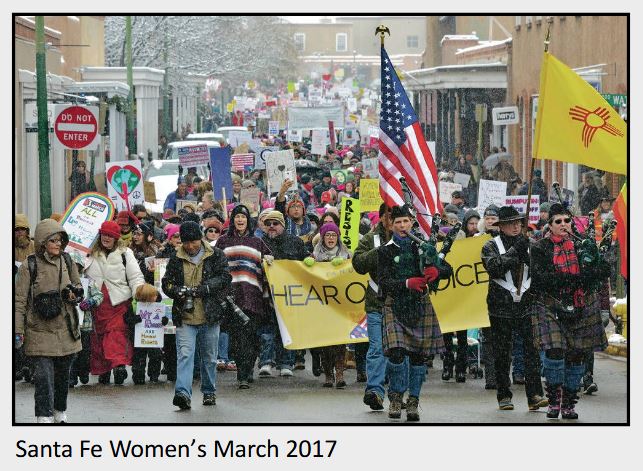