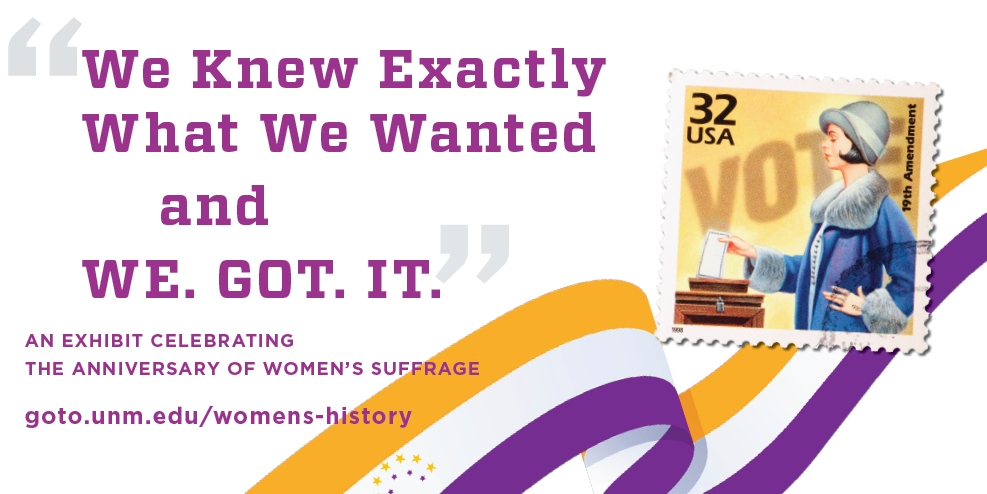 “We knew exactly what we wanted and we got it. . .” reflected Julia Brown Asplund about the fight for women’s suffrage. Julia, a New Mexico leader, represents thousands of women who together built a grassroots campaign. National leaders like Elizabeth Cady Stanton, Susan B. Anthony, and Alice Paul relied on scores of citizens who met, marched, picketed, wrote, and fostered the fight for women’s suffrage.

Equal parts protest movement, social reform and political process, the lessons learned from the fight for the women’s vote can inform our understanding of political concerns and dynamics today.

To celebrate the 100th anniversary of the passage of the 19th Amendment granting women the right to vote in the United States, University Libraries staff created a  display with items and information from the Center for Southwest Research, Zimmerman Library, and Library of Congress. Rare archival materials including political texts and speeches, song lyrics, postcards and books explore the history of suffrage, the constitutional amendment process and voting rights issues in the United States. Explore these materials below and on the linked pages.

The National Fight for Suffrage

The US Constitution, as written in 1787, gave suffrage only to white men with land although colonial women asked for the right to vote as early as 1634. Elizabeth Cady Stanton and Lucretia Mott helped organize the first women’s rights conference in Seneca Falls, NY in 1848. Soon after, local clubs and national organizations formed to pressure local and federal government for women’s suffrage. They used a variety of tactics: letter writing, conventions, parades and picketing. After more than seventy years of continued protest, President Woodrow Wilson and the Congress were still in heated discussions over passage of the 19th Amendment throughout 1918.  Wilson spoke to Congress in September 1918 saying,

The 19th Amendment, also called the Susan B. Anthony Amendment, granted women the right to vote and hold office and was finally passed on June 4, 1919. Thirty-six states, the minimum number needed for the amendment to become law, approved it by August 1920, with three more joining by 1922. New Mexico was the 32nd state to ratify it on February 21, 1920.

New Mexico became a territory in 1850 and a state in 1912. The newly drafted constitution restricted voting rights to men.

Sec. 3 Every male citizen of the United States, who is over the age of twenty-one years, and has resided in New Mexico twelve months, in the county ninety days, and in the precinct in which he offers to vote thirty days, next preseding the election, except idiots, insane persons, persons convicted of a felonious or infamous crime, unless restored to political rights, and Indians not taxed, shall be qualified to vote at all elections for public officers.

New Mexico was unusual among western states in not giving women suffrage in their original constitution. Even so, as the fight for women’s suffrage swept across the nation, New Mexico and New Mexicans became an important part in finally achieving the vote.

Click the links to learn more about voting rights in the United States and in New Mexico. 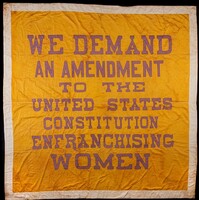 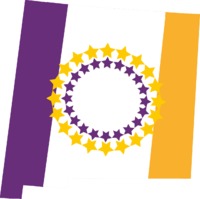 Other Resources About Women's Suffrage & Voting Rights in New Mexico

Celebrating the Right of Women to Vote in New Mexico    This research guide, created by Nancy Brown-Martinez, contains rare New Mexico documents from the UNM Center for Southwest Research.

How the West was First in Women's Suffrage  is a KUNM podcast interview discussing why the Western US was first to adopt women's suffrage and how Hispanic women were pivotal in helping pass the 19th Amendment.  This conversation with Virginia Scharff, distinguished professor emeritus of history at UNM, & Marcy Botwick, Librarian and Exhibit Researcher at Zimmerman Library, took place in March 2020.

Fighting for the Right to Vote, Indian Pueblo Cultural Center

Like the social media of their day, books written about women's suffrage provide an important window to understand the arguments and debates that took place around what was a controversial topic at that time.  These primary source materials have been digitized and are now available at Hathi Trust. 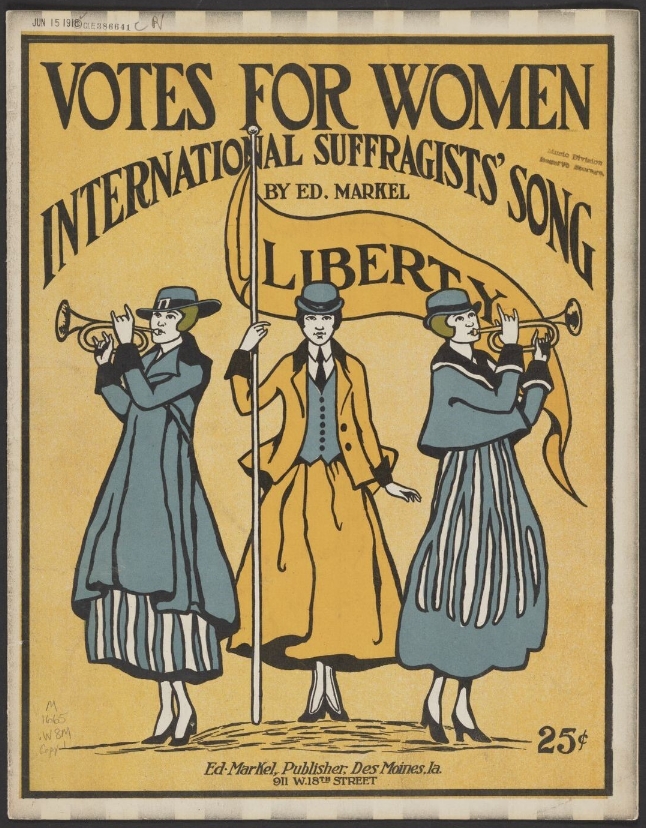 The commemorative display and online exhibit were created by: