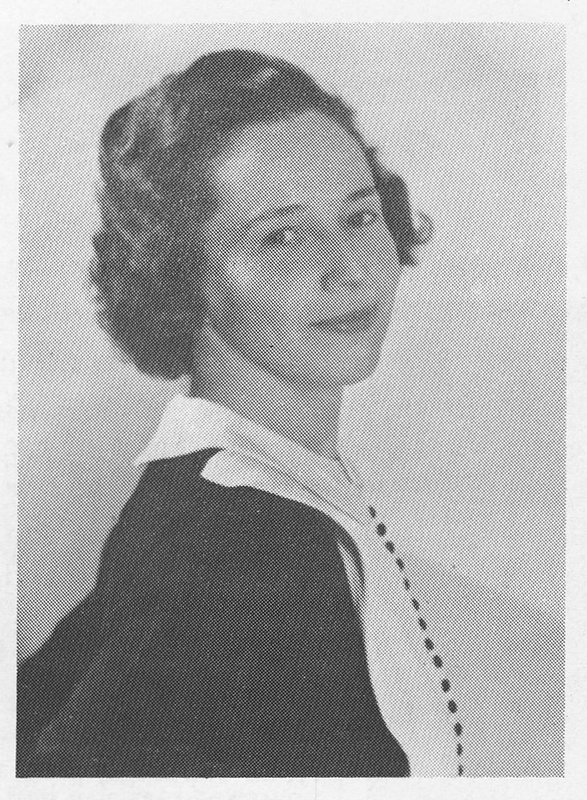 Grace Thompson Edmister was probably the first woman in the nation to direct a city orchestra. As organizer of the music department at the University of New Mexico and founder of the Albuquerque Symphony Orchestra, she has given many years of service to New Mexico's cultural life.

Grace came to New Mexico in 1918 on a stretcher. Doctors in Ohio had given her no hope of recovery from tuberculosis, but her "courage to get well," to use her own phrase, her desire to see her two young children grow up, and her Christian Science faith brought recovery.

She was born near Defiance, Ohio. A lifelong musician, she began playing the piano for Sunday school classes at age eight and the organ for church services at 12 years. At 15 she was teaching music. She received a B. Music degree at Defiance College at 17 and studied further at Juilliard School of Music and the Chicago Conservatory of Music.

In 1923 she began teaching music part-time at the University of New Mexico, gaining a full teaching position in 1925. She headed the music department until 1942.

By 1932 Grace had a university orchestra but there was no civic orchestra. Rotary and Kiwanis clubs, for which she played piano, spearheaded a move to found an orchestra and asked her to direct it. Although there was no money to pay her, she was offered use of university instruments and of Carlisle Gymnasium, at that time the largest hall in Albuquerque. She began rehearsals with some 50 musicians, increasing to 80 players by end of the year. The first concert was given November 30, 1932, the first "pops" concernt in 1935, and the first youth concert in 1937.

In 1942 she married William R. Edmister and moved to Columbus, Ohio, where she taught at St. Mary of the Springs for 10 years. In 1959, two years after her husband's death, she moved to New York City and in 1970, returned to Albuquerque.

During her years at UNM she visited the Indian pueblos of the state and recorded their songs by rote. Some of her notebooks with these handwritten songs are now in the fine arts library of the University of New Mexico. In Ohio and New York she gave many programs in schools, churches, and universities, lecturing on folklore of the Southwest and singing Indian songs. Frequently she wore an Indian costume and used an Indian drum in these presentations.

In 1972 she conducted a number during the Albuquerque Symphony Orchestra's 40th anniversary concert. In 1974, she received a Governor's Award for outstanding service to the arts in the field of music. She is now serving as consultant to UNM's fine arts library, preparing histories of the music department and of the civic orchestra, and this research is being tape-recorded. 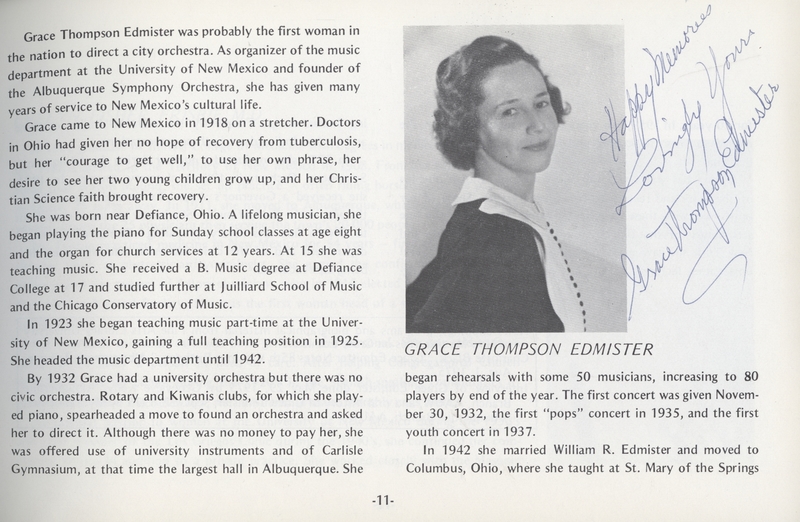