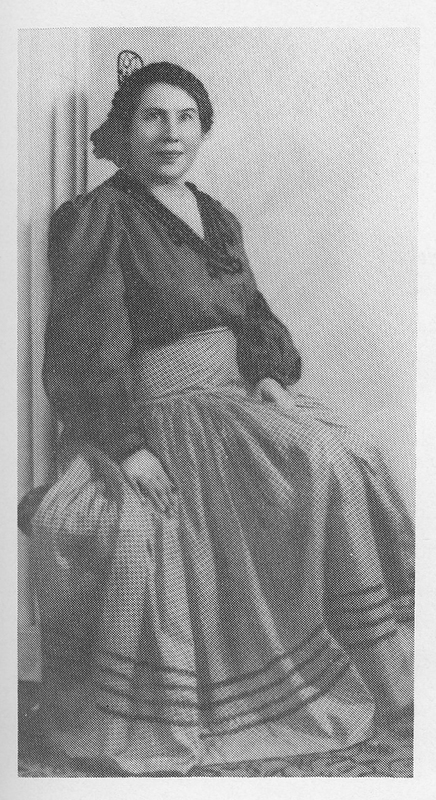 Fabiola Cabeza de Baca Gilbert, a New Mexico Cooperative Extension Service agent, was devoted to teaching residents of the state's northern rural areas skills to upgrade the quality of their daily lives. As a writer, she has documented an important part of our state's cultural heritage -- the traditions, customs and patterns of daily life of the descendants of the conquistadores.

Born in 1898 at her grandfather's hacienda near Las Vegas, New Mexico, she was reared by her grandmother, a Spanish matriarch, from whom she learned both household arts and traditions of a family and culture dating back to early days of Spanish settlement in New Mexico.

In 1921 she received a Bachelor in Pedagogy degree from New Mexico Normal School, now Highlands University.

After teaching for several years she enrolled at New Mexico State University, receiving a B.S. in home economics in 1929, and embarked on a 30-year career as an extension agent. From 1929 till 1947 she was extension agent for Santa Fe County and for the next 12 years served as agent-at-large for seven northern New Mexico counties.

She was the first agent in New Mexico to work among Pueblo Indian women and girls, learning in the process to speak the Tewa and Tiwa languages. In 1950, "loaned" to the United Nations, she set up demonstration centers among the Tarascan Indians in Michoacan, Mexico. Students came from Central and South America for the training program, enabling them to set up similar programs in their home countries.

Most of her work was among Spanish and Indian families, where her knowledge of traditional folkways was invaluable. Her philosophy was to help families "live at home," that is, to find joy and creative accomplishment in their everyday activities, continuing many of the traditional ways, and changing to new methods only when results would make life genuinely easier or better.

Fabiola emphasized nutritional value of native foods and developed new recipes for using them, introducing techniques of food canning -- a process easier than drying which also preserved more nutrients. She wrote bulletins in Spanish on such subjects as basic nutrition, food preparation, canning, and care and use of the sewing machine.

Her writings reflect her deep interest in folkways and family and New Mexico history. They include Historic Cookery (1942); The Good Life (1949); a book of folklore and folkways; and We Fed Them Cactus (1954), the story of Spanish pioneering on the Llano Estacado. She wrote a weekly column for the Santa Fe New Mexican for 20 years. 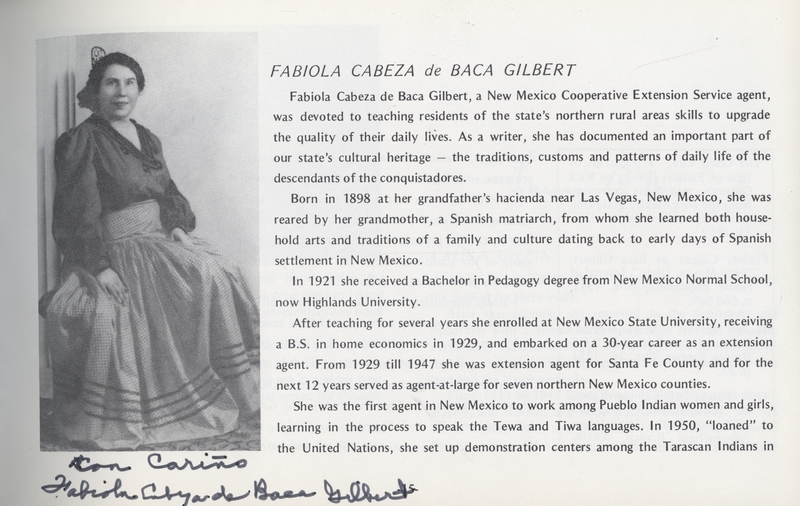