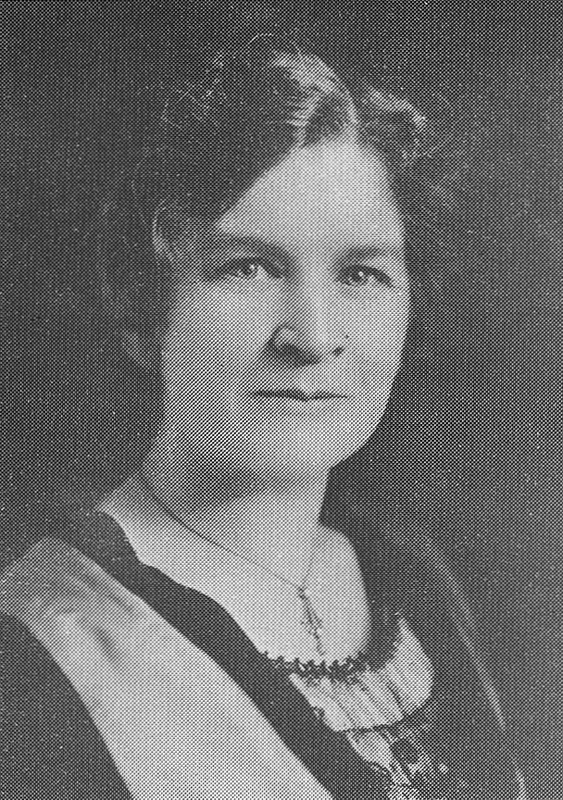 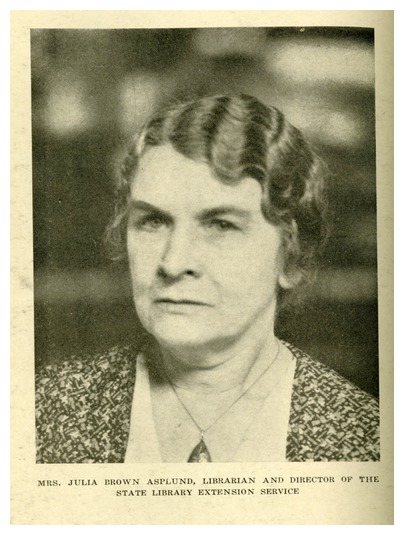 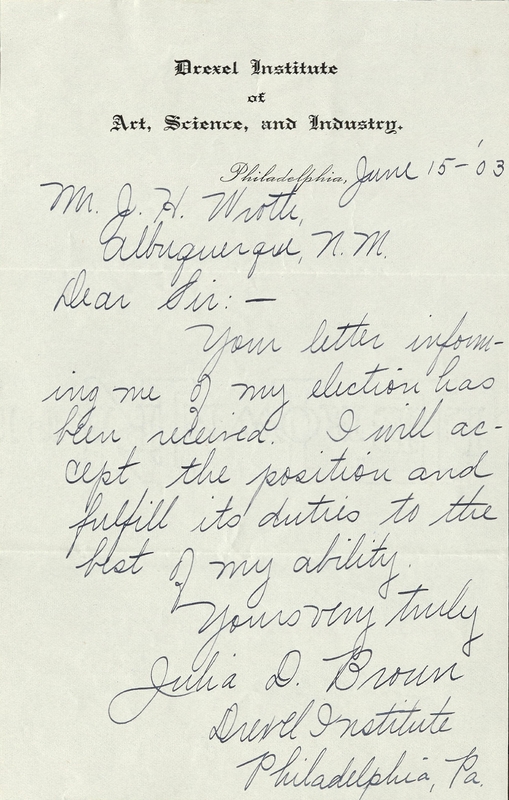 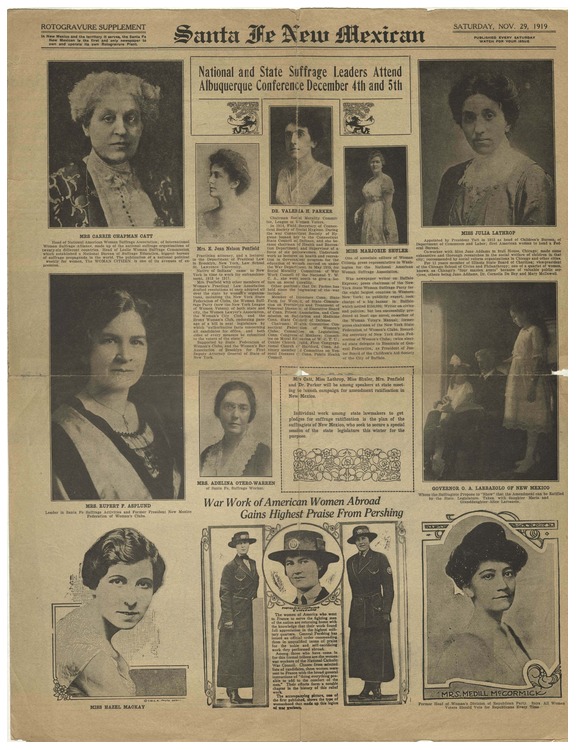 Julia Brown Asplund was one of the foremost leaders of the New Mexico suffrage movement.  Born in Missouri in 1875, she demonstrated an early interest in the status of women and politics.  At the age of fifteen, she wrote to a friend, “I am very strong for women’s rights, you know.  I think I shall become a second Susan B. Anthony.”

Julia trained as a librarian in Philadelphia, earning her degree in 1901 from the Drexel Institute of Library Sciences.  She worked as a librarian at UNM beginning in 1903. Erna Fergusson, who was a student at the time, said in 1955 that Julia "fell like something on that little university library."  She was also a teacher of history, and coached the girls' basketball team.

Julia soon married and moved to Santa Fe, where she continued her interest in cultural and civic affairs.  She joined the Womans Board of Trade and Library Association, and became involved in the Woman’s Club of Santa Fe; from 1914 to 1916 she was the president of the New Mexico Federation of Women’s Clubs.  The Federation was active in supporting legislation dealing with welfare and health, as well as libraries.  Julia's daughter recalls observing her mother working on the floor of the New Mexico House of Representatives for ratification of the Woman Suffrage Amendment.

Julia was a strong supporter of woman suffrage and worked hard for adoption of the amendment to the federal constitution.  However, she was practical enough to realize that amendment of the suffrage clause of the state constitution would be impossible.  "It was the intention of the constitution makers to make this clause impossible of amendment and I believe they have succeeded," she wrote.

The first woman regent of the University of New Mexico, Julia served from 1921 to 1923, and typically, persuaded her colleagues to defer plans for an engineering building and to build a library instead.

According to the New Mexico Library Bulletin from 1958, Julia Brown Asplund "more than any one person, was responsible for library progress in New Mexico."  She was appointed the first state librarian in 1929 and persevered against major obstacles.  In her first year, the state library had no book collection, no funding, and no staff.  Her report from that year shows that she spent $618 of her own $1500 salary for assistance and supplies, and applied $100 of her $500 contingency fund to buy books.  Despite these hardships, she circulated nearly 2000 books that year.  Regarding this experience, she later said, "We took the goods the gods provided us as we all have to do where legislatures are concerned and we started out with the service especially with the idea that we would give some benefits to the people first, and then we would hope for their assistance afterward... As fast as we would get books together, we sent them out."  Julia was later appointed to the New Mexico State Library Commission, where she worked tirelessly to coordinate library services with wartime needs, and to raise the standards of school and public libraries.

Julia was lauded at a conference on "Libraries in the Southwest" in 1955 by Patricia Paylore, who said, "Her name is legend in New Mexico.  Do you know how long she fought for libraries there?  For fifty years... What was she fighting all those years? ... A hostile legislature, an apathetic public, and a lack of leadership.  Mrs. Asplund became New Mexico's leadership, she dynamited public indifference, and she turned the legislature's hostility into belief and support.  She's why New Mexico now spends a hundred thousand dollars a year for the State Library Commission."

Inventory of the Women in New Mexico Collection, Center for Southwest Research, University of New Mexico

"For the best interests of the community:"  the origins and impact of the women's suffrage movement in New Mexico, 1900-1930 by Janine A. Young (University of New Mexico:  1984)

Patricia Paylore, "The Effect of Climate and Distance on Libraries in the Arid Regions," in Libraries in the Southwest, Their Growth, Strength, Needs, in Papers Presented by a Conference of Librarians and Writers, Occidental College, April 16, 1955.