One of our most interesting initial observations was how the data contradicted our early hypothesis.  We assumed that graduation rates for men would be significantly higher than for women from UNM's inception.  However, as demonstrated by the first visualization below, the graduation rates for men and women were substantially similar until the late 1940s.  We posit that the passage of the Servicemen's Readjustment Act (the GI Bill) in 1944 increased male enrollment and thereby graduation rates for men late in that decade.

Some of these charts are annotated; hover over the shapes to learn more about the data.  Click on some charts to view larger versions. 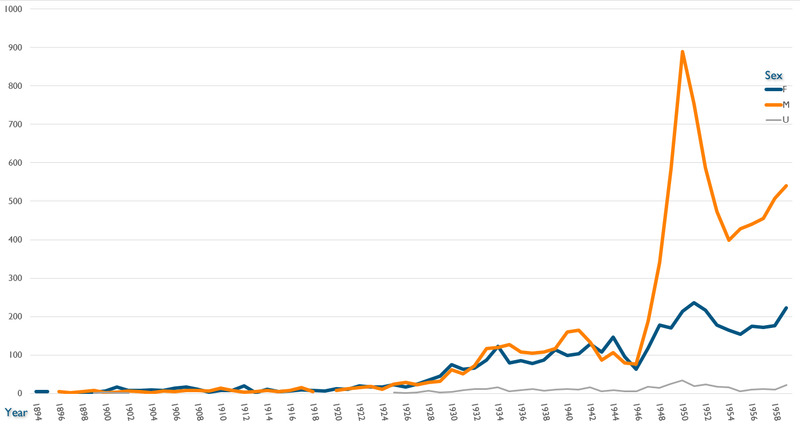 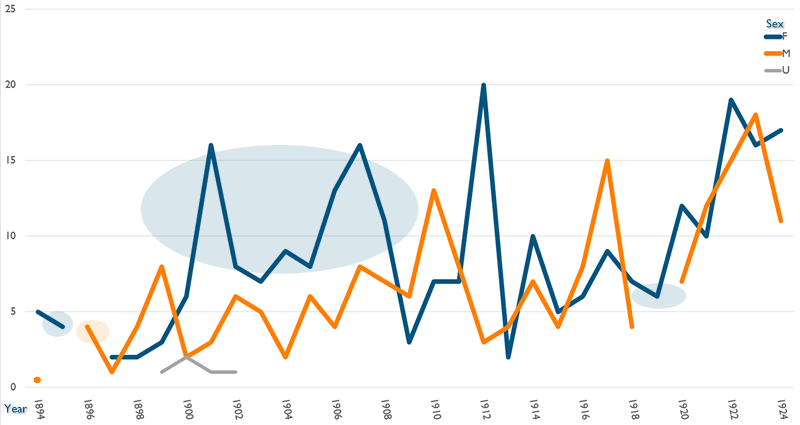 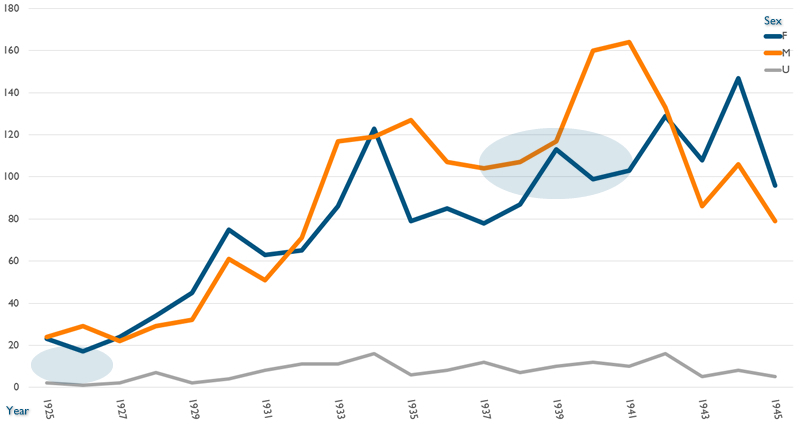 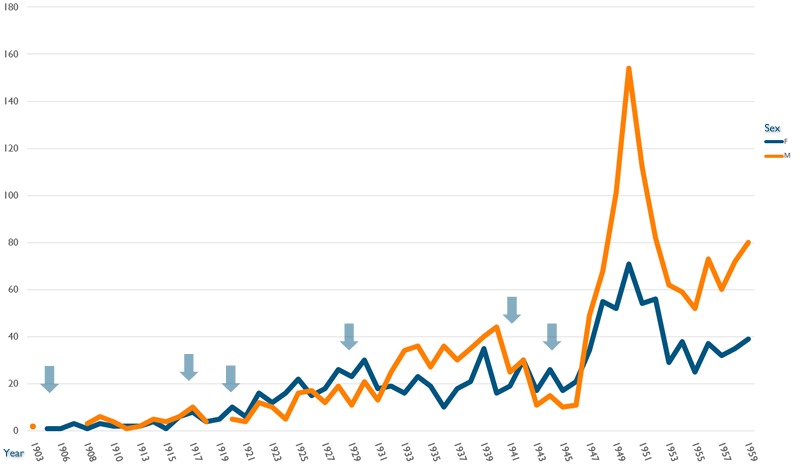 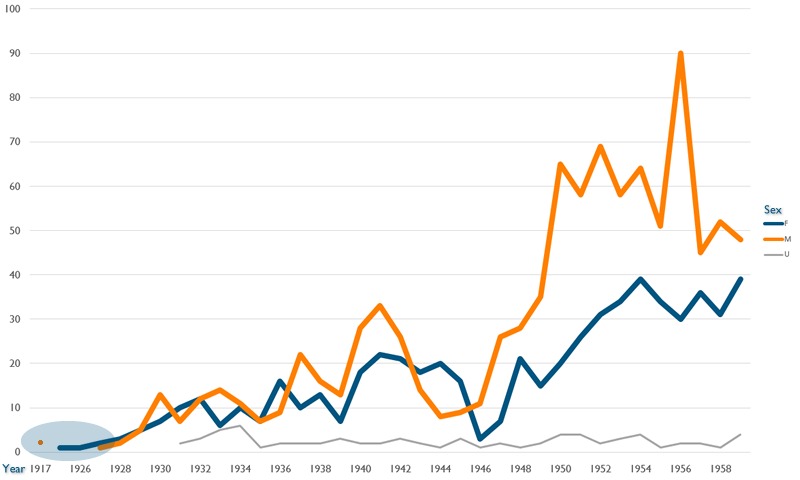 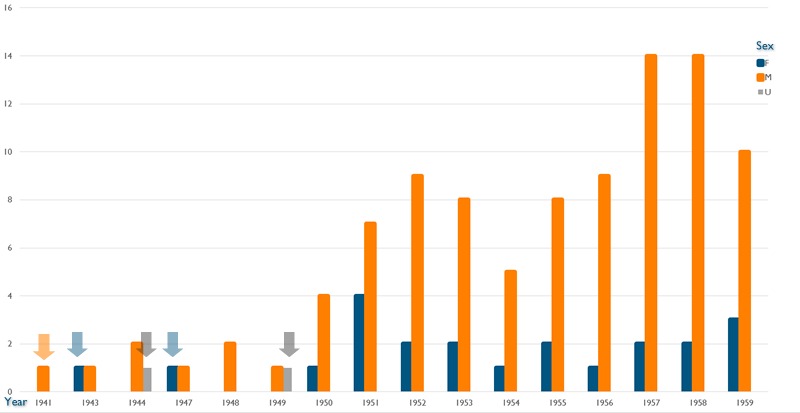 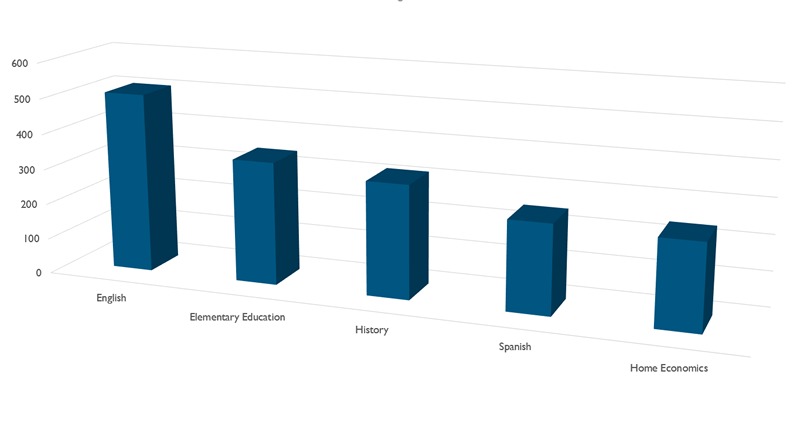 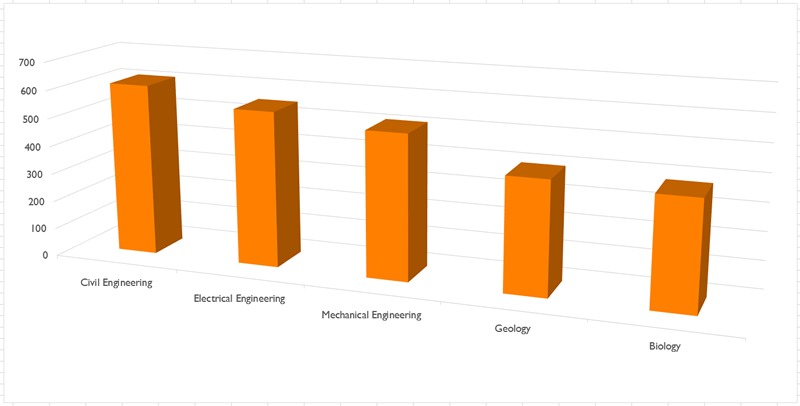 UNM's Office of Institutional Analytics has interactive data visualizations for degrees conferred in recent years (as well as statistics on enrollment, financial aid, and faculty & staff) on their web page.